Tim McGraw’s Newest Hat was Made in Billings, Montana

For any of you Yellowstone TV show or country music fans out there, you likely already heard that Tim McGraw and Faith Hill are starring in a new Yellowstone spinoff called 1883. Apparently that show is off to a very good start.

According to The Hollywood Reporter, 1883 averaged nearly 5 million viewers, “setting a series premiere record for Paramount Network and becoming the most watched series premiere on cable in more than six years.”

In anticipation of the 1883 launch, Tim McGraw and Faith Hill graced the cover of People Magazine. If you saw the cover of the mag, you might think- hey, that’s a cool hat that Tim McGraw is wearing. Why yes, yes it is. Did you know that hat was custom made in Billings, Montana?

Pretty cool to see that Tim McGraw and I have the same hat maker. That’s right- Thad built my custom hat that I got to wear down in Las Vegas during the National Finals Rodeo for Cowboy Christmas.

Here I am wearing the hat made by Thad at Rands after interviewing Montana saddle bronc rider Sage Newman.

And speaking of the TV show Yellowstone, here’s my wife and I with the man who plays Lloyd- Forrie Smith.

Best of the Web

It appears that you already have an account created within our VIP network of sites on . To keep your personal information safe, we need to verify that it's really you. To activate your account, please confirm your password. When you have confirmed your password, you will be able to log in through Facebook on both sites.

It appears that you already have an account on this site associated with . To connect your existing account just click on the account activation button below. You will maintain your existing VIP profile. After you do this, you will be able to always log in to http://catcountry1029.com using your original account information.

Please fill out the information below to help us provide you a better experience. 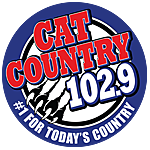